During my earlier reign at J. Press in our old Madmen shop on 44th Street west of Madison Avenue, I was often interviewed by the Daily News Record, the demised Fairchild publication then regarded the bible of menswear.

Jerry Kriska or later Jean Palmieri, reporters par excellence, would regularly visit the premises for a chat with Irving Press or yours truly and our remarks the next day were included with those from Chipp’s Sid Winston, Paul Stuart’s Cliff Grodd and whomever was the current Brooks Brothers spokesperson. Coast to coast Main Street retailers thrived on gossip they picked up from the DNR. Occasionally, when the top tier reporters were on other assignments, a junior staffer would get me on the phone and ask “What’s hot?” I would quickly survey the racks and see what was still hanging around. One season we mistakenly decided to add olive and navy blue glen-plaid sharkskin suits onto the roster alongside our classic charcoal and Oxford grey. Unfortunately they flopped, hanging lonely on the otherwise swinging Garcy racks.

“This year’s Hot Item,” I confided to the plebe reporter, “olive or navy sharkskin glen-plaid suits, and not only with our Wall Street big shots, but also the power players at our Yale and Harvard branches.” My apologies, 50 years later, to any surviving Main Street retailers who may have hooked the bait.

My conscience no longer permits an equivalent misstatement. Here’s the pronouncement in real time: “Pants are on fire.” The corduroy sales proportion is a trifle higher at our New Haven and DC shops, but our historic Grey Flannels are hitting it out of the park on 44th Street. Our 2019 version of the 1950s “Man In The Grey Flannel Suit” — “J. Press Man In The Grey Flannel Trousers.”

If you don’t care to show up in a suit, dress sprezzatura (studied carelessness) utilizing grey flannel trousers to dress up a blue blazer, tweed sport coat, Shaggy Dog sweater, sport shirt—all of the above.

For the anti-jeans cognoscenti, J. Press remains the Khaki Headquarters for an unmatched selection of fabrics woven to our exact specifications suitable for all-season wear in unwashed cotton chino or brushed cotton canvas all tailored in the United States. 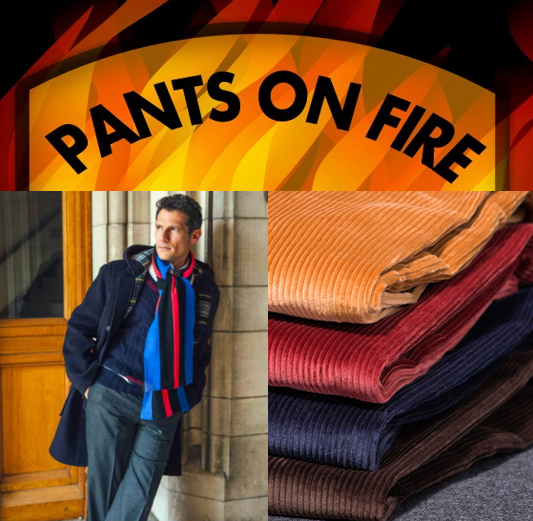 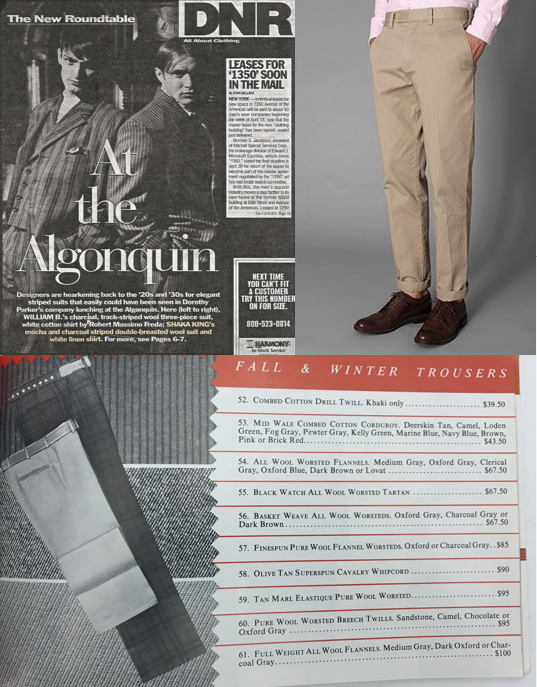