My rude awakening joining J. Press in 1959 occurred when I dared suggest the company stock a black item as if, nothing else, being a crow among the gorse, lovat and heather green parrots.

The only time The Man in the Gray Flannel Suit, paradigm of 1950s Ivy Style, ever was draped in black was in the casket for his funeral. This lesson I learned at the start of my career in the family firm was imparted by Headmaster Irving Press.

George Graham, top of the line importer of English goods at his paisley and tweed bedecked showroom on West 55th Street, was pitching Irving Press and internee me his world class collection of British tie selections. Immediately, I salivated at the sight of a flamboyant yellow and red paisley blooming against a black ground.

“Strictly for cloak and suitors,” said Uncle Irving demeaning my choice. “Anything like it with a navy background,” he queried Mr. Graham. His suggestion birthed a J. Press standard that led the roost for years to come. That’s how I learned to follow the boss’s unbending rule—black is strictly for formal wear. 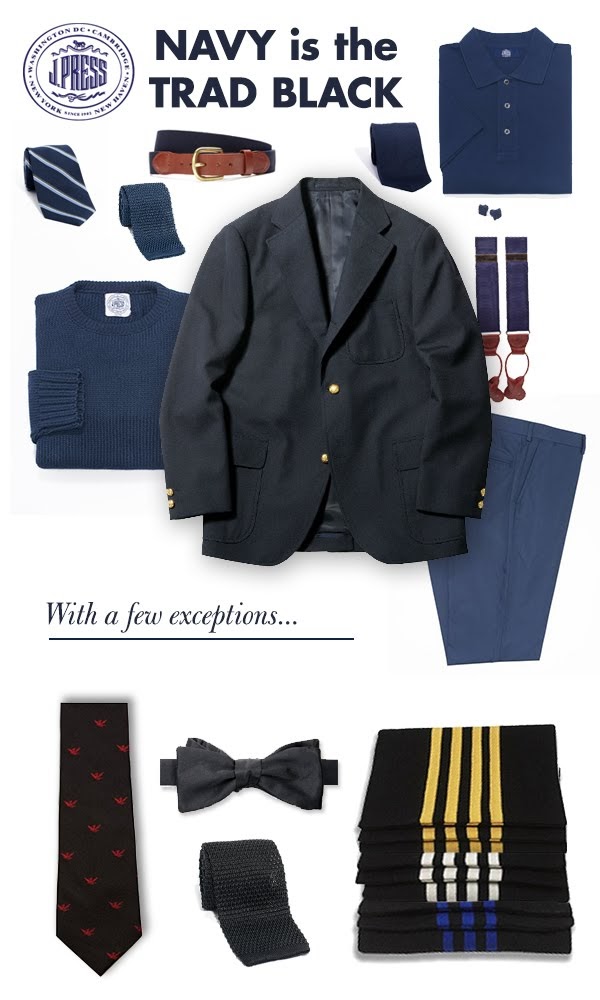