Following the Golden Rule of Renaissance courtier Baldassar Castiglione, Paul Press defined J. Press Sprezzatura as a certain nonchalance so as to conceal all art and make whatever one does appear to be without effort and thought. And so it was with his own personal wardrobe.

Since his years at New Haven Hillhouse High School (suitably attired varsity basketball manager) his forgiving father enabled his addiction to bespoke tailoring and imported British haberdashery always anchored by Lobb shoes or Gucci leather horsebit loafers. In his college years during the depression he sported his unlikely wardrobe at the decidedly non-Ivy campus of the University of Pittsburgh, at the time bestraught by the city’s teeming smoke stacks. During baseball season he spent much time at nearby Forbes Field cheering on the Pittsburgh Pirates, a lifelong obsession paired with his Duke of Windsor wardrobe, home and office caches of Upmann cigars and decades of country club tournament tennis.

Tagged “The Cary Grant of 262 York Street,” Paul Press ruled the sartorial roost from his office headquarters overlooking Yale’s Branford College. Family pictures left in his desk after the 1986 sale of the business to Onward Kashiyama were kindly handed over to yours truly by the new owners.

The collection also included him with Mom in St. Mark’s Square and my intergenerational favorite, age 90 four years before his death in 2005, arm around great-grandson Samuel Press Goodkind, now a Los Angeles associate at a preeminent design management agency.

My father displays his singular version of a “buttonless button-down” shirt. Tailored for him by J. Press shirtmaker Troy Guild in the 1960s, the shirt features a contrast white broadcloth point collar, miming the standard J. Press button-down, with French cuffs on a blue end-on-end madras body made of 100% fine-spun cotton. He achieved the curled collar look of the button down simply removing the stays underneath the collar. His sport coat, 1971 J. Press bespoke made of luxurious 100% cashmere from W. Bill, London.

A Sprezzatura Man For All Seasons. 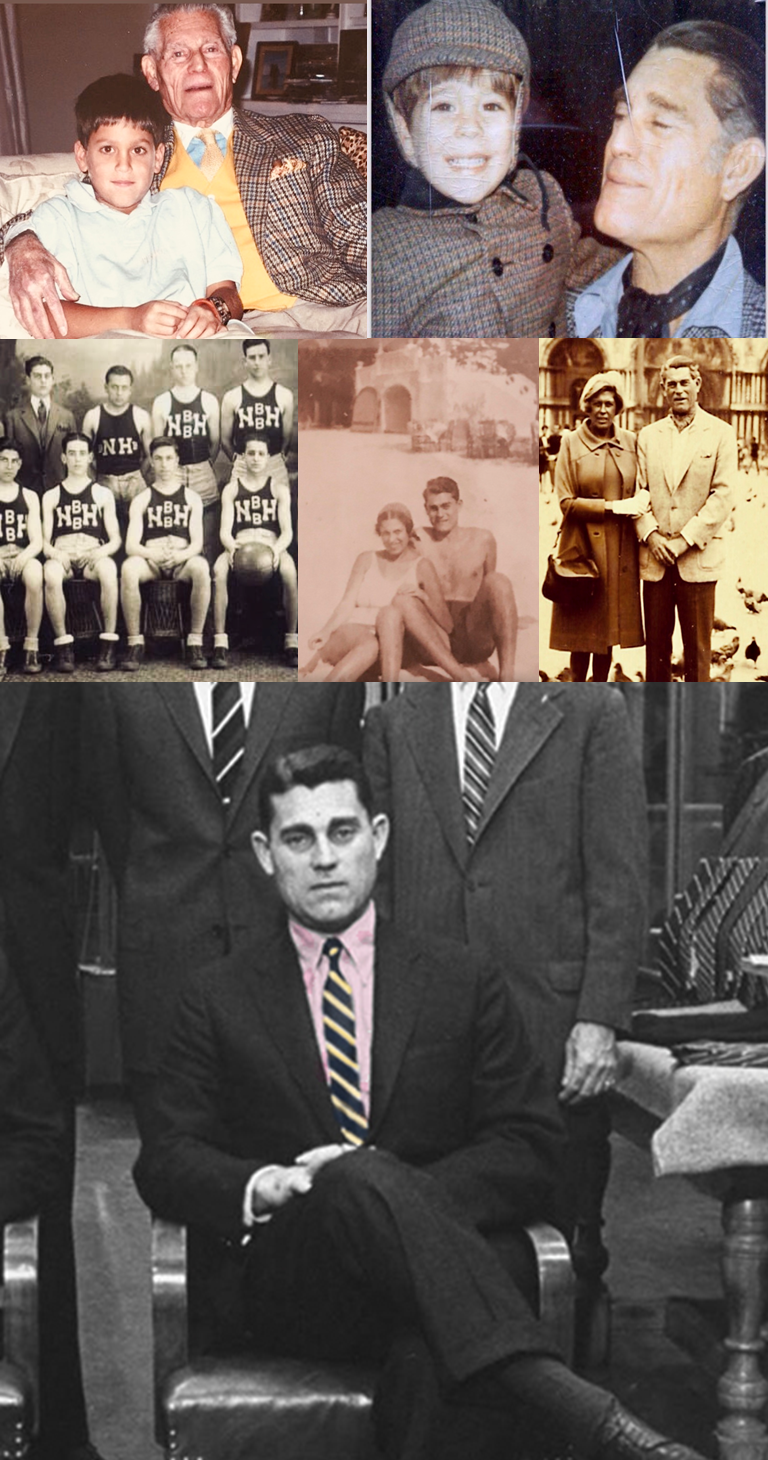