The tragic chord of President John F. Kennedy’s epic saga that ended fifty-five years ago this week remains an everlasting fugue on the dark side of the American soul. The week following the assassination, Jackie Kennedy fed LIFE Magazine journalist Teddy White her version of their time in the White House, equating it with the Arthurian legend of Camelot as if to insist that light shone on their time in the White House. Historians may differ regarding the validity of her version. Mrs. Kennedy would have hesitated to recognize the private battle that occurred between the “War of the Tailors” jousting one another in the battle to dress the King.

While Kennedy was at Harvard his father was named US Ambassador to England and steered him to his longtime Savile Row tailor H. Harris. Harris maintained a New York branch on 57th Street run by third-generation family member Sam Harris. Seven months after Kennedy’s inauguration, “Tailor” Sam Harris as he was condescendingly described in LIFE Magazine, disclosed intimate wardrobe details of his most prominent customer. Harris concluded his comments with a benediction from hell, “He is the best dressed president since Grover Cleveland. We made his suits too.” There were no more “happily-ever-afterings” in Camelot for Sam Harris.

This was all undisclosed to the public, but Frank Brothers/Fenn Feinstein leaked to a Connecticut newspaper that the president got rid of his tailor because of the LIFE article. Fenn Feinstein, whose client roster included Kennedy brother-in-law Sargent Shriver and Gov. Abe Ribicoff, speculated that JFK might come on board.

Kennedy enjoyed a brief encounter with J. Press during his short stay at Princeton spending much of his time plagued with illness before dropping out mid-term and entering Harvard the following fall. Kirk LeMoyne Billings was his best friend and roommate since their prep school years at Choate. “Lem” Billings fulfilled the paradigm of elite WASP man-about-town. Bearing proper Pittsburgh society credentials, he sported spiffy tweeds and bold flannels in contrast to his pal JFK who slinked around Nassau Hall clad in studied indifference. The duo was hooked becoming companion and customer of the astute Lou Prager, a bon vivant man-about-town, campus celebrity and Manager of the J. Press Princeton branch on 5 Palmer Square. More of a club than a store, Prager catered to the clothing and social whims of many Princetonians affirming 5 Palmer THE off-campus faux eating, drinking and shopping club of the campus cognoscenti.

After World War II, freed from wartime obligations, former J. Press All-Star Road Traveler Sidney Winston partnered with Lou Prager to open Chipp in 1947, assisted by financial support from Lem Billings. The second floor custom tailor and clothing emporium on 44th Street was barely a knife and dagger throw away from their former employer. Chipp trunk show reps often found themselves next door to Press at the same hotel during their coast-to-coast travel exhibits. The blood ran deep.

The Hatfield and McCoy feud between Chipp and J. Press is now bygone history after Paul Winston closed his shop on 44th Street several years ago. Lest the old traditions fail, J. Press, an island unto itself, today marches down the field side-by-side the Yale Club on 44th Street.

JFK Harvard classmate Alan Jay Lerner’s lyrics for Camelot, the Broadway musical the president and his wife adored, remains pertinent and poignant on this November 22 day of brutal memory, “Don’t let it be forgot, that once there was a spot, for one brief shining moment that was known as Camelot.” 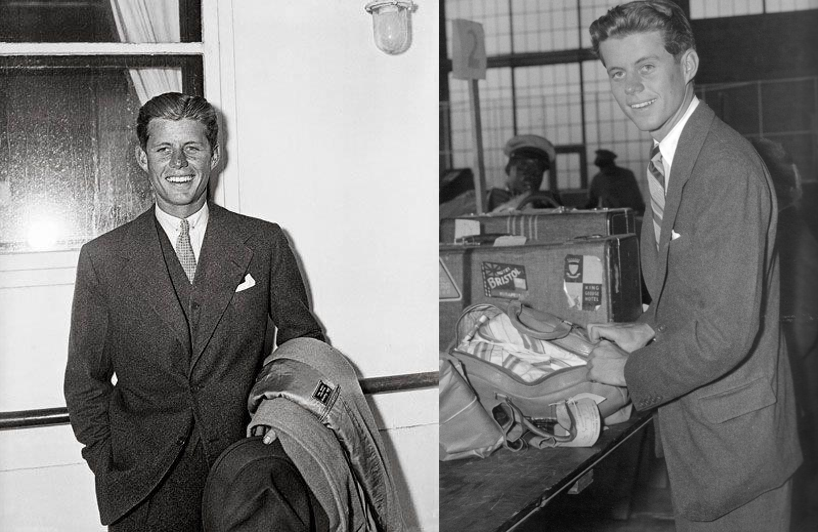 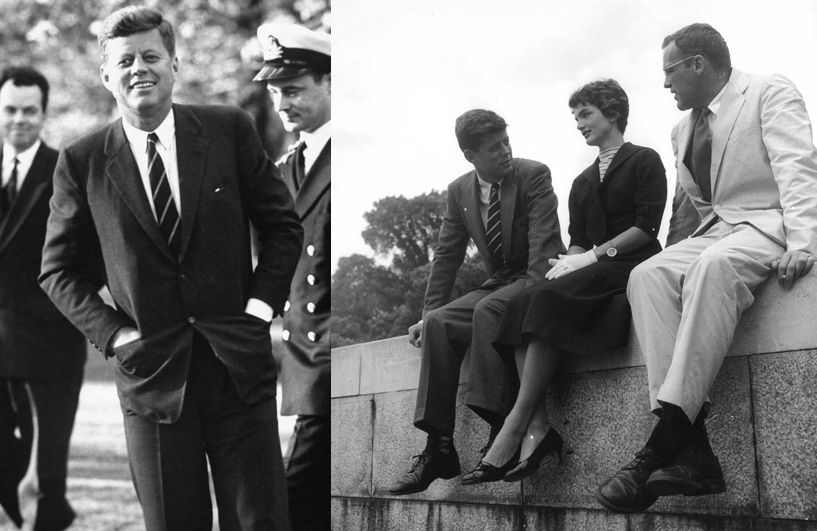