I was six years old in 1944 when Grandfather Jacobi set up chairs and blankets for us to watch the Christmas Day Parade from the balcony in front of his office at the New Haven J. Press store on 262 York Street. The wartime spectacle offered a key spot to view the brigade of Sherman tanks and armored vehicles clanking their treads toward the rally downtown for speeches and patriotic hoopla on the New Haven Green.

Soldiers, Sailors and Marines blared their bugles and beat the drums in martial cadence to The Caissons Go Rolling Along. The end of the parade featured All-American Yale Football Captain Paul Walker, the Dink Stover and Frank Merriwell of his time, riding on a platform atop a Ford truck garbed in his Santa Claus outfit with stocking cap and white whiskers, part of and yet removed from the instruments of war. As he passed J. Press he directed a Winston Churchill “V for Victory” sign directly to me on the balcony. Spiffed up in the U.S. Army officer’s uniform my grandfather gave me for Christmas (or maybe Hannukah), I returned the captain’s salute standing at full attention until the grand old flag passed me by.

Grandpa Press closed the shop the prior day for the annual Christmas party. The entire store, from the long necktie counters at the entrance to the shelves of woolens in the rear, wafted in the Neapolitan aroma of “abeetz” delivered from Sally’s Apizza on Wooster Street. Jugs of wine flowed freely as fitter Tom Sarno and journeyman tailor Max Greenwald, three sheets to the wind, fervently argued whether or not Moses or Jesus was Number One.

My prescient grandfather pursued the same protective marketing he followed before World War I. Mindful of diminishing English resources in the event of European conflict, in the late 1930s he stocked all the available goods he could manage from across the pond. Cases of Welch, Margetson dress shirts and ties, Twin Steeples hosiery, Druhmohr Shetland sweaters, Burberry Coats, Locke hats occupied every nook and cranny in the formerly sparse basement.

Yale professors still wore tweeds, but the boys they taught would soon graduate into khaki. The marble memorial wall behind Woolsey Hall is filled with the names of boys who didn’t come home when it was over there.

During World War II my father, Paul Press, made M-70 rifles at the Winchester Arms factory on Dixwell Avenue. His brother, Captain Irving Press, ran the PX store at Camp Ritchie, Maryland. Grandpa Press assisted the war effort overseeing custom-tailored uniforms for candidates at the Yale Officer’s Training School. The Princeton branch store closed in 1942 when the entire staff was inducted into service.

The winds of war, 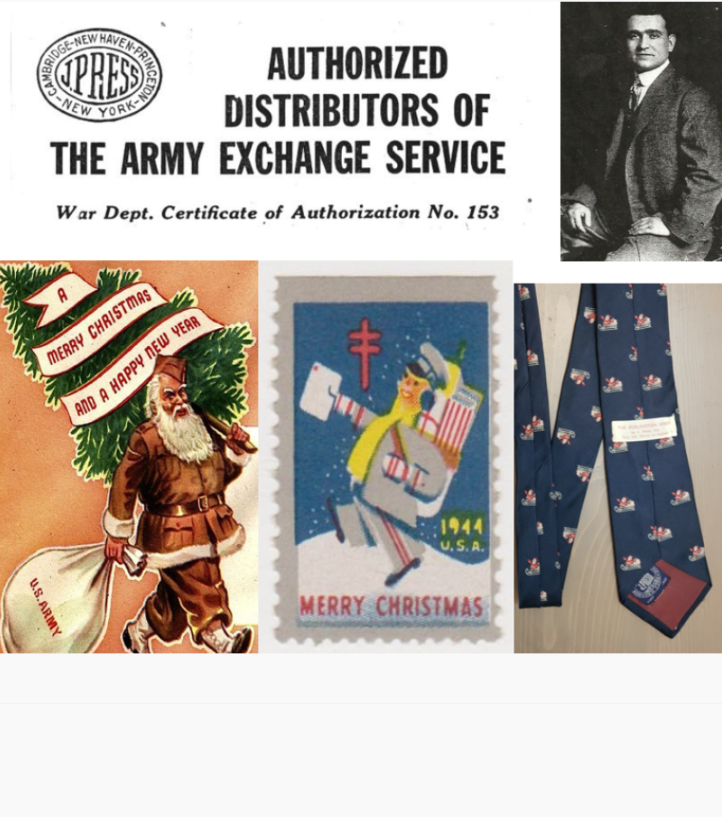 Lulu’s Back In Town