Jacobi Press opened his Princeton branch on Nassau Street in the mid-1930s and assigned my father regular checkups on the store.

Lou Prager, who later founded Chipp in 1947 with another J. Press alumnus, Sid Winston, was pried away from the New Haven store to become manager of J. Press’ Princeton store. Gregarious and charismatic, he instantly became a local celebrity, befriending many notable Princetonians. Lou introduced his minions to my father during his visits there, an act of noblesse oblige that maintained the fiction Paul Press was royalty — or at least clothing royalty.

One member of the favored crowd was indeed royalty: Prince Fumitaka Konoye, son of the new Japanese premier Fumimaro Konoye. Young Konoye became captain of the Princeton golf team. A Lawrenceville graduate, tagged “Butch” by his teammates, Fumi sang in the glee club and was a member of Key and Seal, the swanky Princeton eating club. Celebrating Fumi’s championship at the University Open Golf Tournament in 1937, Prager and my father hosted a party at the Nassau Inn that seemingly included half of Princeton, all of them on the J. Press tab.

But the winds of war were brewing. The Daily Princetonian quoted Fumi in 1939 warning classmates, “Stay out of the Asian dispute.” When the Rome-Berlin-Tokyo axis became a military alliance in 1939, Fumi’s campus posture had become precarious. He chose to leave the university before his graduation on a battleship his father sent to pick him up. A 1940 news dispatch from Tokyo, with the headline “Butch Goes to War,” reported that Fumi had left for China to serve as a private in the Japanese army. Captured at the end of the war by the Russians in Manchuria, he died 1956 in a Siberian prisoner-of-war camp.

Historical archives recently disclosed young Konoye served as a conduit for messages between President Roosevelt and his father, three-time prime minister of Japan whose attempts at rapprochement with the United States were met with abject failure among the anti-Roosevelt expansionists. The J. Press shop in Princeton closed immediately after war was declared. The entire J. Press staff followed the example set by their former customer, who had become an enemy in the Japanese army.

Unlike Konoye, departing Princeton on a battleship, the J. Press Princeton staff bid farewell to Old Nassau after being drafted into the U.S. Army taking the bus to nearby Fort Dix, New Jersey. 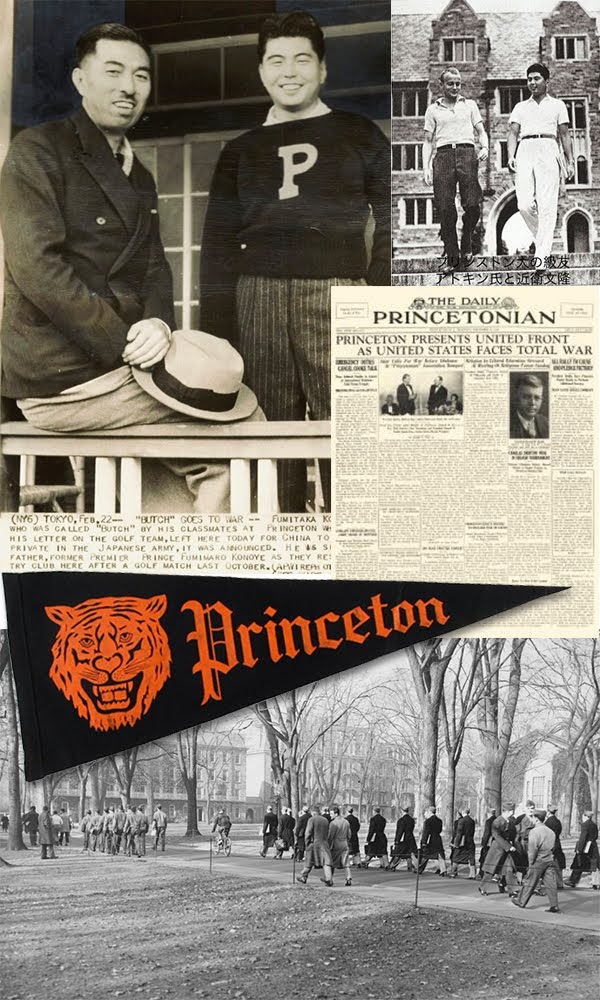